Long-distance dispersal of insects in fast moving air currents is increasingly recognized as an important driver of their dynamics at a landscape scale. Moreover, this type of dispersal has important implications for forest and agricultural crops impacted by insects.

Because the detection and tracking of populations of flying insects remains challenging, it is rarely possible to determine where insects originated after they have dispersed long distances. Data from weather radars designed to detect precipitation may be useful tools for gaining insight into insect long distance dispersal because insect bodies and rain drops are often similar in size. Thus, within radar scans there is potential to quantify the density of insects departing to start long-distance dispersal as well as the movement trajectories of swarms–at least until they pass beyond the range of the radar. However, because Doppler weather radars are extremely sensitive and capable of detecting water vapor in clouds, it can be difficult to distinguish between potential insect signals and weather signals even when it is not ostensibly raining.

The scientific literature contains many examples in which doppler weather radar data have been used to quantify and track insects. Generally these studies have either analyzed data in which there was no rainfall nor any clouds such that a large proportion of the radar signal is likely biotic in origin, or they have presumed that data were collected on a cloud-free day, sometimes when evidence to the contrary exist. In reality, insects also disperse on days that are not cloud-free. Furthermore, although most insects are unlikely to fly in rainy conditions, small rain events and insect dispersal events may occur at the same time albeit in different locations. Therefore, methods to distinguish the movements of insects from the movements of clouds and weather systems are needed.

Researchers have visually distinguished biotic and meteorological signals in sequences of radar images. For example, biotic signals assumed to be mountain pine beetles were distinguishable by Jackson et al. [2008] because they were concentrated at lower altitudes near the center of radar scans and because they did not display correlated large-scale movement typical of weather systems [Jackson et al., 2008]. This is evidently a subjective classification. Because biotic signals are undesirable in meteorology, researchers have devised many algorithmic approaches to remove them, along with other forms of noise collectively called ground clutter. These algorithms, while also subjective (they depend on the parameters chosen by the user), have the advantage of producing classifications that can be repeated and optimized, unlike those produced by a human visual observer. One example of an algorithm designed to remove biotic signals and other ground clutter is the texture-based approach of Gabella and Notarpietro [2002]. The al- gorithm proposed by Gabella and Notarpietro [2002] is static in that it looks essentially for regions of high spatial variability, and uses informed thresholds to classify regions as clutter; regions with lower spatial variability are classified as meteorological (this is a slight simplification but not complete misrepresentation).

This project has two distinct objectives that require two distinct skill-sets. Therefore, depending on interest, the project may have two groups of participants that work on each of the two objectives. The first objective is to create a new method or customize an existing motion segmentation method such that it can be applied to sequences of radar images to classify regions based on movement without supervision. The concept behind this objective is that swarming animals move differently from weather systems as observed by [Jackson et al., 2008]. Classification based on motion segmentation, can then be compared to classification based on the static texture-based approach referenced above.

The second objective of this project is to develop theory that could allow researchers to more easily distinguish meteorological and biotic signals based on simple mathematical models. Ideally, the theory developed will facilitate tests of whether the dynamics in regions classified by the motion segmentation algorithm as part of the first objective are consistent with swarming insects. A preliminary partial differential equation model based on Newtonian physics has been developed by the industrial mentor on the project (see following section for a brief overview). The participants focused on the second objective will conduct numerical simulations, mathematical analyses, and may improve or generalize this model to maximize its utility in the context described above.

wherein $v$ represents velocity; $x$, is the spatial domain; $u$ is insect density as a function of space and time $(u(x, t))$; $m$ represents the insect’s mass (assumed constant); $q$ is a product of several parameters that control air resistance, and $\eta$ governs how the net force acting on the insect changes as a function of location along $x$. A full explanation of the derivation that led to this system will be provided to participants.

Some possible avenues for analysis include

This project has two different objectives: Objective one is likely to depend more heavily on machine learning approaches than objective two; Objective two will rely on analysis of partial differential equation models. Therefore, participants may divide into two sub- groups depending on their interests but they should have interest in at least one of the topics below:

Participants need not be interested in both machine learning and modeling using partial differential equations to participate. However, some overlap in interests may facilitate cross-talk between the two sub-groups.

The Doppler radar data available for this project come from Environment and Cli- mate Change Canada (ECCC). Specifically, the data are from the Prince George (Baldy Hughes) radar in British Columbia on July 11 and July 26, 2005. The data for these dates are provided because on July 11 2005, Prince George received a measurable amount of rain and there was relatively little mountain pine beetle activity; conversely on July 26, no rain was measured but mountain pine beetles flying high above the forest canopy were observed and quantified at the radar site using a small aircraft with a drogue net [Jackson et al., 2008].

In raw format, the radar data are in polar coordinates because the radar antenna does a rotational sweep at preset angular elevations relative to horizontal. At each elevation, the radar sends and receives radar signals along rays at 720 azimuths (every 0.5 degrees around a full circle). Along each of the 720 rays in a sweep, data are organized by discrete bins that are 0.5 km in length such that the radar resolution is 0.5 degrees × 0.5 km. The Doppler radar data comprise three data types. The first data type is reflectivity, which is measured in dBZ (decibel relative to Z), a logarithmic dimensionless unit that when properly transformed, can provide information regarding the density of drops (or insects) per unit volume. The second type of data are Doppler velocities in $ms^{−1}$ . These are the average velocities of objects in the radar beam projected onto the ray in each bin. Negative velocities indicate movement towards the radar antenna along the ray and positive velocities indicate movement away from it along the ray. The third data type is referred to by meteorologists as spectrum width. It is the standard deviation of Doppler velocities in each bin along each ray.

The raw radar data have been processed to remove artifacts created by static objects that intercept the radar beam (referred to as beam blockage). Then, the data were classified using a texture-based clutter detection algorithm [Gabella and Notarpietro, 2002] to create two subsets: regions classified as clutter, and regions classified as meteorological. The reflectivity (dBZ) data were then transformed ($Z = \exp(dBZ))$ such that they are proportional to the density of rain drops or insects per volume ($m^3$). These data will serve as a benchmark against which the results of this project will be compared.

A version of the data with beam blockage artifacts removed, but which was not preprocessed using the texture-based algorithm is the data-set that will be the focus of this project. Similar to the segmented data-set described above, reflectivity (dBZ) data for the unclassified data-set were transformed $(Z = \exp(dBZ))$ such that they are proportional to the density of rain drops or beetles per volume ($m^3$). All data (classified and unclassified) have been geo-referenced, converted to rasters using regular square grids (with interpolation) and written to geotiffs, which are a standard format of georeferenced rasters that can readily be read using any of the most common scientific computing languages. The time resolution of the data is 10 minutes. Thus there is a separate raster for every 10 minutes from 8:00 to 18:00 local standard time. These data will be made available to team members in a Google Drive folder along with detailed meta-data.

The ideas below are meant to inspire creativity rather than to be a definitive list. Obviously, the team could choose to apply an approach that is not listed here. 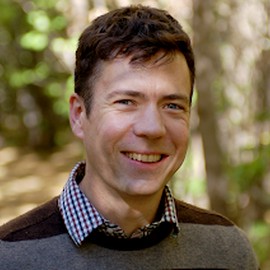 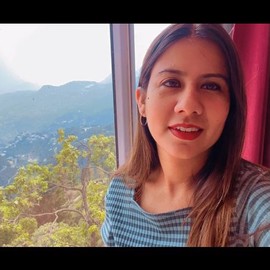 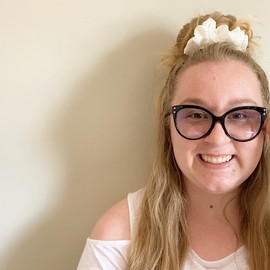 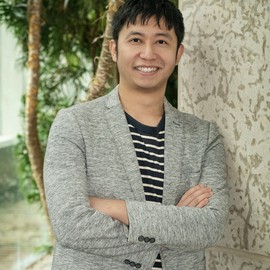